Skip to main content
You are here: Home⁄News⁄New research reveals children’s struggles after pandemic
Back to Listings 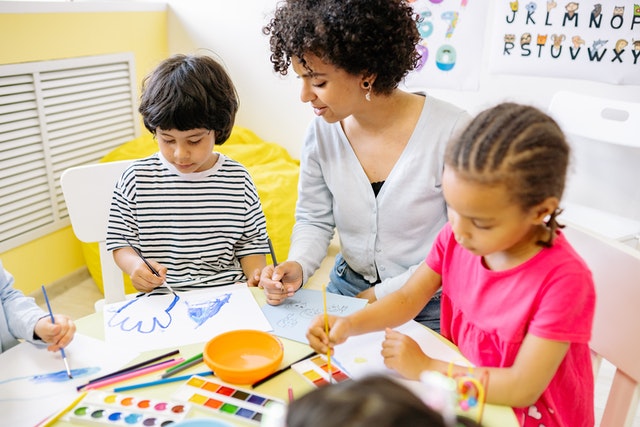 New research from the Education Endowment Foundation has revealed the negative impact of the Covid-19 pandemic on children’s learning.

The report found that just 59% of children were reaching the expected levels of development in all areas of learning by the end of Reception year in 2021. This is down from 72% in 2019.

The EEF says that this is the equivalent to having an average of three more children in every classroom not meeting the expected levels of development.

Growing gap
A survey of schools conducted as part of the research also found that 76% found that the children starting school in 2020 needed more support than those who joined before the pandemic.

The research also revealed that the gap between disadvantaged children and their peers had grown across all age groups.

Teachers surveyed as part of the research also reported concerns about the pandemic’s impact on children’s wellbeing.

Focus on early years
Sir Peter Lampl, chair of the EEF, said: “In light of today’s evidence, fair access to high quality early years provision is more important than ever. We must ensure we are recruiting, retaining and developing the best staff in the early years, especially in the poorest areas.

“If the government are to meet their rightfully ambitious targets on numeracy and literacy by 2030, there needs to be a concerted focus on the early years. Making our school system fairer must start with giving every child the foundation to succeed.”

Disheartening findings
Neil Leitch, chief executive of the Alliance, commented: We know that the pandemic has had a significant impact on the learning and development of young children, many of whom have spent the majority of their lives under some form of Covid-19 restrictions.  As such, it is not surprising, though still disheartening, to read the EEF’s research detailing the knock-on impact that Covid-19 has had on a child’s attainment in their first year of primary school.

“This research highlights just how important early education is in laying the foundations for a child’s future. Despite the disruption brought on by the pandemic, early years providers have gone above and beyond to help young children catch-up on vital education.

“However, it is becoming increasingly difficult to do so in a sector that is so grossly underfunded, and will become all the more challenging if the government proceeds with its plan to relax ratios at a time when children need more support than ever.

"What nurseries, pre-schools and childminders provide is not just childcare, but vital early education. It’s time the government recognised this fact and rather than wasting time on ratios, gave the sector the respect, appreciation, and, most importantly, investment that it needs."